This is my second week of random reflections of my day at church and a look back at the past week. I’ll be doing this every Sunday…or until I get bored with it.

That’s my thoughts from today. Feel free to share your thoughts in the comments below. 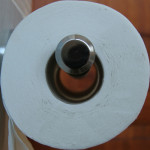 I used to be really cheap. If I had an option of buying something generic that would save me money over buying the name brand I would do it. Not only would I buy generic, I would ALWAYS pick the cheaper item if there was a choice. It seemed like it was the better choice.

The old adage “You get what you pay for” turns out to be true. Well, at least some of the time. There are some things that generic or less expensive equivalents are a good idea. But there are others that I’ve decided it’s worth spending a little extra on.

Here’s a short list of things that I used to buy cheap, but now I’m willing to spend a little extra on:

There are still some things that I still think you can get by with buying cheap, though. Including:

What would you put on either one of these lists?