The Mavericks lost to San Antonio and Jason Kidd was on the bench when it mattered most, but would it really have made a difference if he was in the game? Let’s take a look at some pictures.

First off, take a look at the clock. Kidd was on the bench with Dallas down by two points and 12.7 seconds left in the game. He was actually out for the last 30 seconds or so, but this picture tells the story. 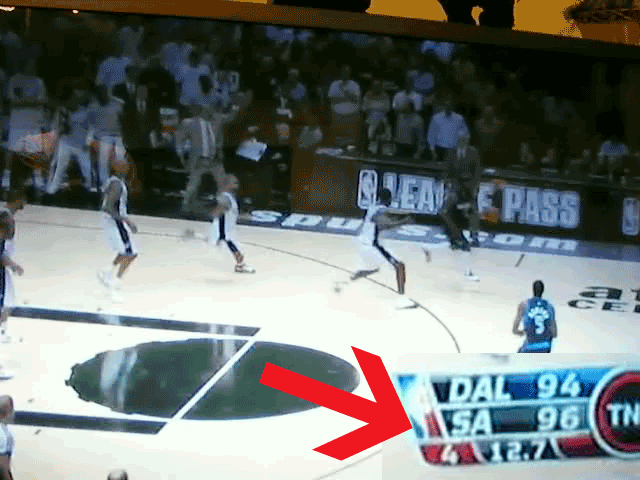 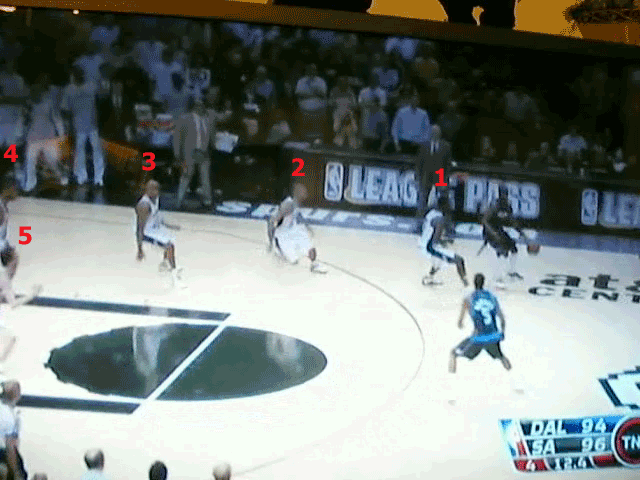 Take a look at Josh Howard. There is no defender within 12 feet of him. Terry should have tossed him the ball and let him either shoot, pass to the open man in the corner, or drive to the basket. Kidd no doubt would have dished the ball in a heartbeat. 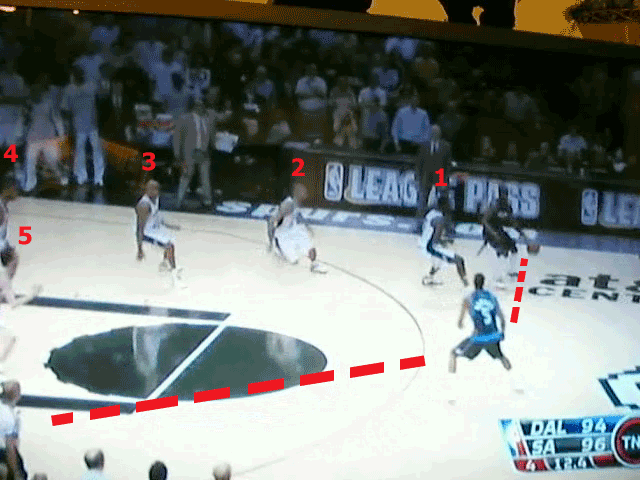 But Terry didn’t pass. He held on to the ball and waited for almost five seconds for someone else to move to create a play. Dirk saw this, so he came over to setup a pick and roll. 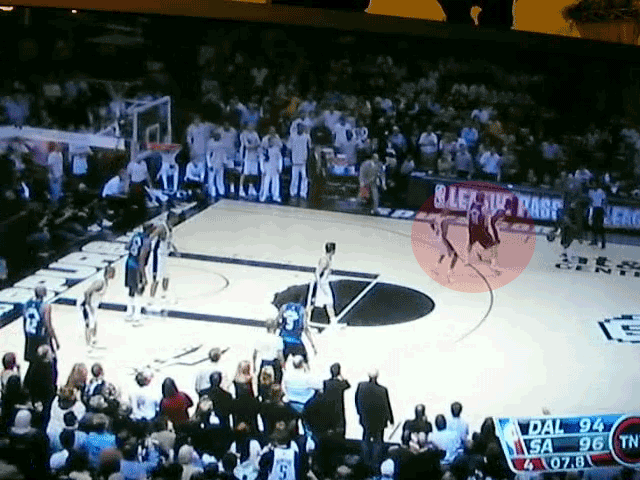 Dirk set the pick and roll up really well, so what is supposed to happen here is Terry passes the ball to Dirk and let him either drive to the hoop (remember the move he made to draw a foul from Ginobili in the 2006 playoffs?) or shoot a wide-open jump shot. 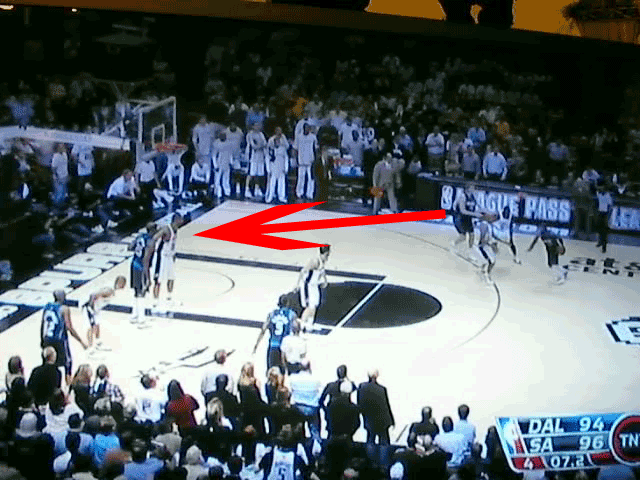 The opportunity to move the ball didn’t end with the non-pass to Dirk. Terry moved to the free-throw line, drew in Manu Ginobili, which would have been another chance to pass to Howard, who could have swung the ball over to Stackhouse (whose defender most likely would have come over to guard Howard) or drove to the basket. But, again, no pass. 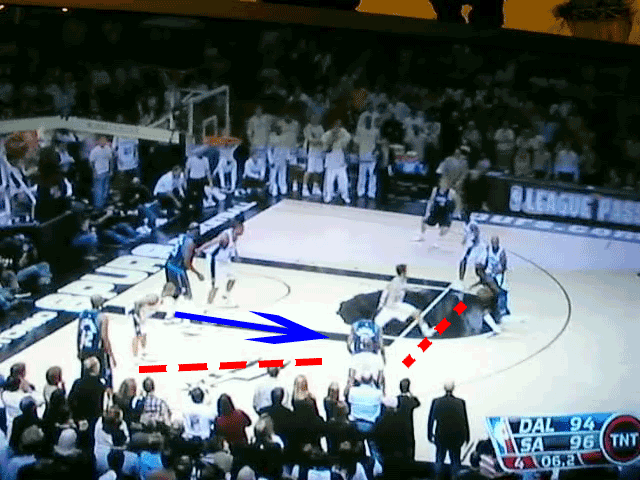 Lastly, even when Terry was up in the air with Bowen right on him, he still had people wide open for good looks. Take a look at it. Dirk has both his hands up waiting for a pass to Terry’s right. Howard is still open at the three point line. Stackhouse is now WIDE OPEN, since his defender decided to come over and help guard the basket. But again, it didn’t happen. 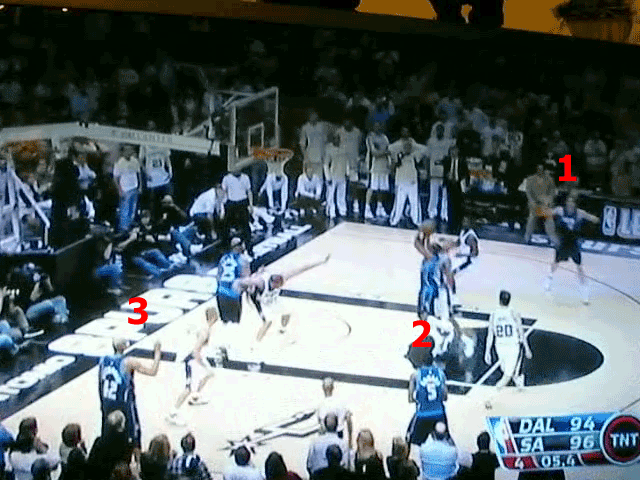 In the end, Avery’s decision to bench Kidd may not have been the reason the Mavs lost, but him being on the bench ended up being the wrong decision. It’s a mistake that I really hope Avery doesn’t make again.

3 thoughts on “An example of the difference Kidd makes”