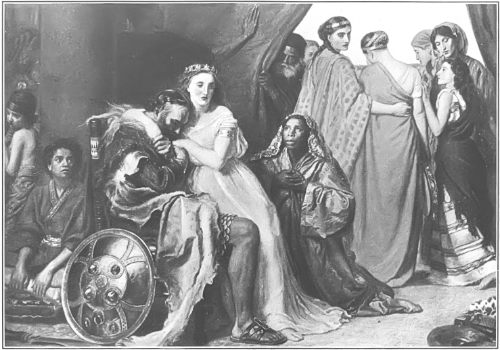 When was the last time you read something in the Bible and it really messed with your head? It happened to me really bad on Saturday. What I mean by messed with my head is that I didn’t like what I read. Not even a little. I was reading from Judges 11 about Jephthah and his “Tragic Vow” (that’s an understated heading from the ESV). Here’s a rundown of what happend and the verses that really bugged be.

Alright that sets up the part of the chapter that really, really bugged me:

Judges 11:30–39 (ESV)
And Jephthah made a vow to the LORD and said, “If you will give the Ammonites into my hand, then whatever comes out from the doors of my house to meet me when I return in peace from the Ammonites shall be the LORD’s, and I will offer it up for a burnt offering.” So Jephthah crossed over to the Ammonites to fight against them. . . . Then Jephthah came to his home at Mizpah. And behold, his daughter came out to meet him with tambourines and with dances. She was his only child. . . . [Jephtah] tore his clothes and said, “Alas, my daughter! You have brought me very low, and you have become the cause of great trouble to me. For I have opened my mouth to the LORD, and I cannot take back my vow.” And she said to him, “My father, you have opened your mouth to the LORD; do to me according to what has gone out of your mouth. . . . And at the end of two months, she returned to her father, who did with her according to his vow that he had made.

As a father of two young girls this chapter bugs me. In fact, it makes me nauseous. Why in the world would a dad do this to his daughter? Why would God allow this to happen? Why is this even in the Bible?

So I did some digging and some things started to rise to the surface. There are a couple takeaways I learned:

There’s quite a bit more that I could write about this because I have a lot more thoughts and feelings on the matter, but I want to know what you think. What does this passage teach you about God? About how people put God to a test? About the Bible as a whole?

UPDATE: Read more of my thoughts about Jephthah here.

7 thoughts on “Sometimes Scripture Messes With My Head”