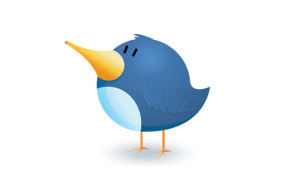 I’ve been sitting up against a milestone in my life. I’m about tweet for the 5,000th time. In fact if I time things right, this blog post announcement auto-tweet will be my 5,000th. It’s not really that life-changing of an event, but I figured now would be a good time to reflect on some of the highlights and mistakes I’ve made using twitter.

Here are some of my highlights looking back:

And here are some mistakes I’ve made along the way:

Ultimately I’ve decided that the reason I tweet is to add value to the lives of others. That might be random thoughts I have throughout the day. It might be sharing a link to a site I find useful. Or it might be just to share a little bit more about who I really am so people can know the real me a little better.

Those are just a few thoughts I’ve had looking back. What are your thoughts about twitter? Do you have any tweets you’ve regretted posting? If you follow my tweets, what do you like best? What should I stop doing?